DON'T BLAME ANYONE FOR YOUR MISFORTUNE 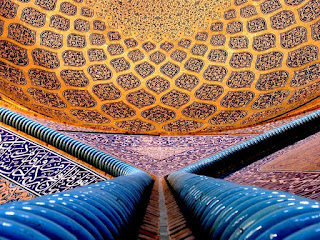 DON'T BLAME ANYONE FOR YOUR MISFORTUNE

Islam teaches us to take responsibility for our actions and our situation without blaming others. Blaming others is so often used as an excuse to avoid necessary introspection and self-improvement.
Co we
Abu Dharr may Allah be pleased with him reported: The Messenger of Allah, peace and blessings be upon him, said that Allah the Exalted said:
يَا عِبَادِي إِنَّمَا هِيَ أَعْمَالُكُمْ أُحْصِيهَا لَكُمْ ثُمَّ أُوَفِّيكُمْ إِيَّاهَا فَمَنْ وَجَدَ خَيْرًا فَلْيَحْمَدْ اللَّهَ وَمَنْ وَجَدَ غَيْرَ ذَلِكَ فَلَا يَلُومَنَّ إِلَّا نَفْسَهُ
O my servants, it is only your deeds that I record for you and then recompense for you, so let him who finds good praise Allah and let him who finds other than that blame no one but himself. Sahih Muslim 2577.

Ibn Rajab may Allah be pleased with him comments on this tradition, saying:
وَيَكُونُ مَأْمُورًا بِلَوْمِ نَفْسِهِ عَلَى مَا فَعَلَتْ مِنَ الذُّنُوبِ الَّتِي وَجَدَ عَاقِبَتَهَا فِي الدُّنْيَا
The believer has been commanded to blame himself for the sins he committed for which he is punished in the world.
Jami’ Al-Ulum wal Hikam 2/53.

Evil exists due to the choices people make. Whenever something bad happens to us, even if it apparently comes from others, it has only been decreed by Allah as a trial or a punishment because of our sins.
Allah says:
ظَهَرَ الْفَسَادُ فِي الْبَرِّ وَالْبَحْرِ بِمَا كَسَبَتْ أَيْدِي النَّاسِ لِيُذِيقَهُم بَعْضَ الَّذِي عَمِلُوا لَعَلَّهُمْ يَرْجِعُونَ
Corruption has appeared throughout the land and sea by what the hands of people have earned, so He may let them taste part of what they have done that perhaps they will return. Surat Ar-Rum 30:41
And Allah says:
وَمَا أَصَابَكُم مِّن مُّصِيبَةٍ فَبِمَا كَسَبَتْ أَيْدِيكُمْ وَيَعْفُو عَن كَثِيرٍ
Whatever disaster strikes you is for what your hands have earned, yet He pardons much. Surat Ash-Shura 42:30

In fact, we must expect such trials and prepare for them by strengthening our faith and developing the quality of patience. Allah promises us that such trials are coming.
Allah said:
أَحَسِبَ النَّاسُ أَن يُتْرَكُوا أَن يَقُولُوا آمَنَّا وَهُمْ لَا يُفْتَنُونَ
Do people think that they will be left to say we believe, and they will not be tried?
Surat Al-Ankabut 29:2.
Therefore, the correct course of action is not to blame others for the trials decreed by Allah, but rather to respond to trials with humility. We must understand that trials are sent to test our faith and bring us back to the straight path, whereas Satan tempts us to react to trials with arrogance. To be continued on what Allh says in regards to satan's attempts to make us blame others. May ALLAH keep guiding us from any satanic influences. Aameen.